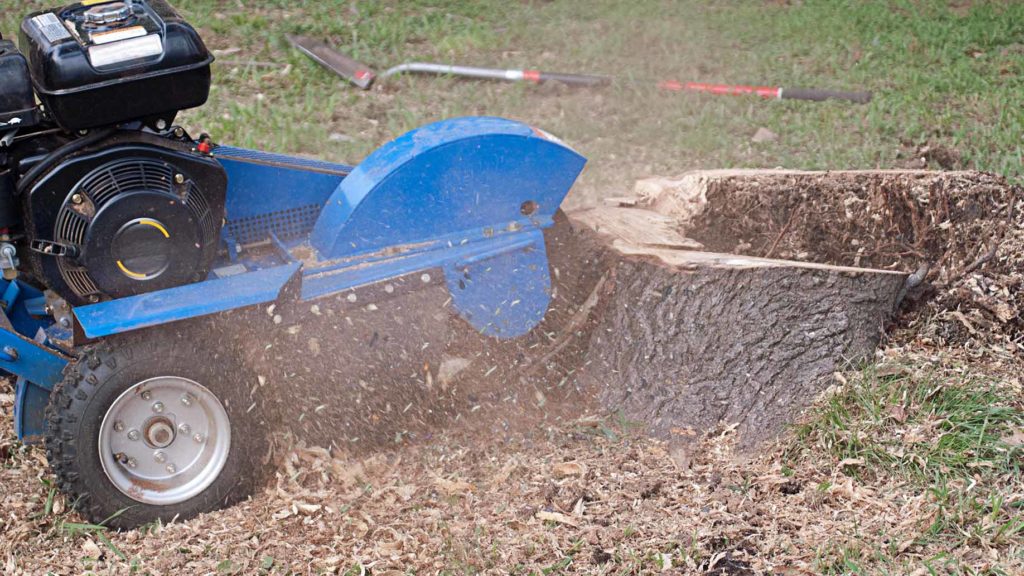 How much does stump grinding cost

If you want to remove a stump, you had better think twice. Not because it’s a bad idea or you should keep it. No, we know stumps are unattractive and even devalue your property since most people know how hard is to remove them.

The reason why we are telling you to reconsider it is that there is another option, which it’s cheaper and requires less work to do. Do you have an idea which one is it? Well, forget about stump removal and meet stump grinding.

Stump removal is known to be one of the most expensive services when it comes to trees and that’s why most gardeners delay as much as they can removing their stumps. Besides, due to the cost of the service, more and more people were trying to carry out this task by themselves. How did it end most of the time? Well, almost all of them ended up spending more money removing their trees since they damaged their property when trying to remove the stumps by themselves.

Professionals and companies know how hard is to remove a stump and it isn’t their favorite process to carry out. Fortunately, you can choose to grind your tree instead of removing it. Stump grinding is easier to carry out and as we said before, it’s cheaper. A company will still charge you by diameter, the total number of stumps, and per hour. Although in this case, unlike tree removal, companies prefer to charge by the stump and not its diameter.

This allows you to spend a little less than a hundred dollars, of course, only if you have one stump to be removed and if it is small. However, if the stump is medium or big and you need to remove more than one, you will spend a few hundred.

The good thing about stump grinding is that most companies offer you discounts when you need to grind several stumps. Although it still sounds expensive, we can ensure you that it’s way cheaper than stump removal. You can try to do it yourself, but renting or buying a grinding machine to carry out this task is only worth it when you have to grind many stumps.

Here is a list of our tree services you can get at Palm Beach County Tree Trimming and Tree Removal Services:

Remember, Request a free quote from our tree service company by filling out the form below. If you need help taking care of your trees or carrying out any of these tasks, make sure to contact us and we will be there for you as soon as possible.